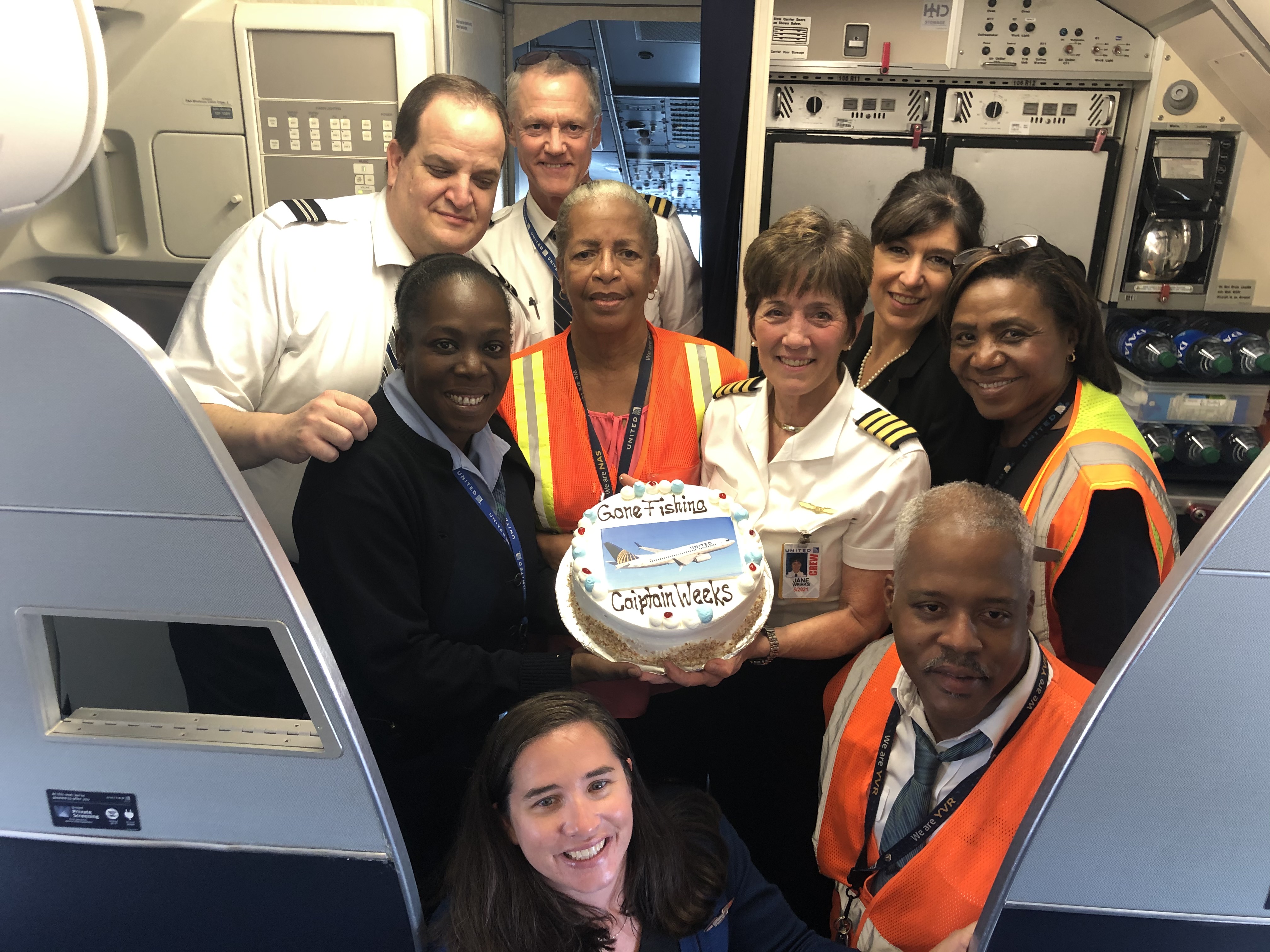 United Airlines Captain Jane Weeks is trading in her wings to drop anchors in the pristine waters of The Bahamas. Last week, the veteran commercial pilot made her final approach to Lynden Pindling International Airport (LPIA), landing in her favorite destination and retiring as a commercial pilot. Flight UA1480/1539 from Newark, NJ arrived shortly after 1p.m. on Thursday October 17th. Captain Weeks and her crew were greeted with a water salute on the tarmac to mark the occasion. A pilot for more than four decades, Captain Weeks has brought thousands of visitors to Nassau over the years. This is her 29th year with United Airlines. “It’s been a long and wonderful career,” she shared from the cockpit. “I love Nassau! This is my favorite place to go. I wanted to fly this route everyday and I always wanted to do this as my last stop.” United Airlines General Manager at LPIA Barbara Chong and her team boarded the aircraft to congratulate Captain Weeks on her final flight and to thank her for the many years of service to the destination. When asked about her immediate retirement plans, Capt. Weeks said, “Looks like I’m coming back to go fishing!”