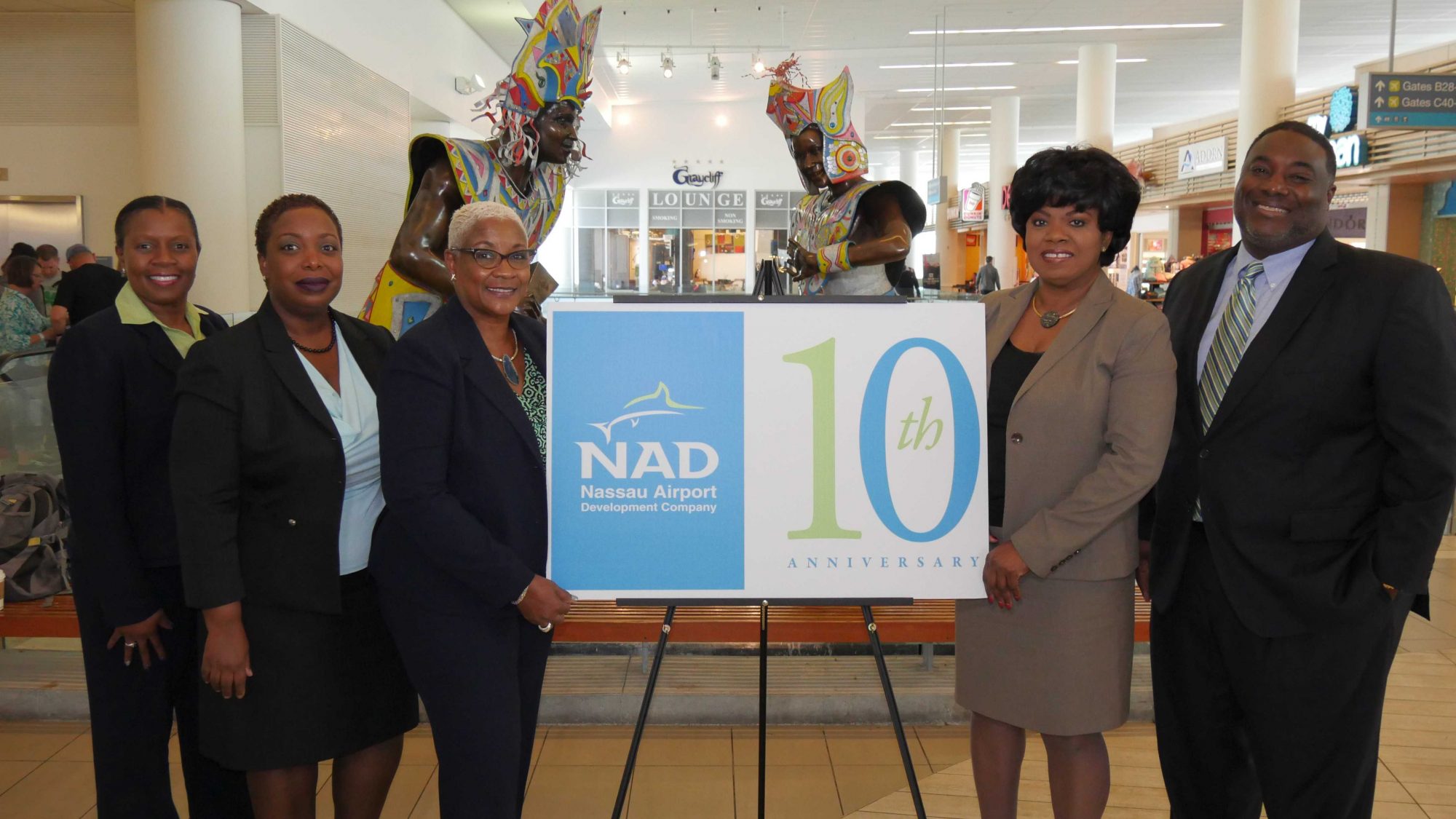 On April 1, 2007, NAD took over all commercial operations at LPIA inclusive of the terminal buildings, parking facilities and runways. Since the transfer of operations to NAD, the airport facilities underwent a complete three-terminal, $409 million redevelopment transforming LPIA into one of the most modern and efficiently operated airport gateways in the region.

To commemorate the anniversary, NAD and Vantage will celebrate this milestone with the airport community, local schools and company employees with a series of events leading up to April 1, 2017. The first initiative is a community recycling and repurposing project at a local primary school. NAD employees, who have been with the company since inception, will also be recognized for their contributions to the company’s success during an awards ceremony on March 31.

Over the past decade, more than 30.5 million passengers from 67 domestic and international destinations have flown in and out of LPIA. The country’s busiest airport served more than 3.29 million visitors in 2016 and safely handled over 81,000 aircraft takeoffs and landings. Under NAD’s management and through a robust air service development program with partners at the Ministry of Tourism, Nassau/Paradise Island Promotion Board and other industry stakeholders, LPIA’s total number of seats into the destination saw a significant increase.

The Hon. Glenys Hanna-Martin, Minister of Transport & Aviation congratulated NAD on LPIA’s success. “The redevelopment of LPIA has proven to be a most significant benchmark in the overall development of the Commonwealth of The Bahamas,” Minister Hanna-Martin said.  “The public-private partnership entered into between NAD and the Vantage Airport Group has added capacity and value to our national store. It has led to the training and empowerment of many Bahamian professionals over the years.  The outcome has been stellar.”

To test how LPIA stacks up against other airports in the region and globally, NAD implemented quarterly Airport Service Quality (ASQ) surveys in 2011. In February 2014, Airport Council International (ACI) awarded LPIA “Best Improved” airport in Latin America and the Caribbean based on survey results indicating passenger preferences. Ongoing surveys consistently place LPIA in the top five airports in the Latin America and Caribbean region. The airport has also been recognized with international awards and accolades for innovation and marketing since its redevelopment.

“Ten years ago, The Government of The Bahamas set a course to deliver a world-class airport, and chose Vantage Airport Group as its partner to help bring this vision to life,” said George Casey, Chair and CEO of Vantage Airport Group. “Our partnership also included the creation of local jobs and opportunities for Bahamians to gain global experience across Vantage’s airport network. I’m proud to say that we accomplished what we set out to do, together. As we celebrate this anniversary, I would like to thank the Government for trusting us to deliver on its vision—a world-class airport in every respect with a unique Bahamian sense of place.”

For Vernice Walkine, President & CEO of NAD, a key milestone for the airport came when LPIA received an International Civil Aviation Organization (ICAO) Aerodrome Certificate from the Civil Aviation Department in January 2016. Beyond meeting ICAO regulations, the global standard for safe operations, the certification establishes a baseline for continued operational and safety standards at the airport. However, not all airports pursue the certification, and LPIA is the first airport in the Commonwealth of The Bahamas to receive this credential.

“We’ve had many wins at LPIA over the past 10 years including constructing three very distinct terminal buildings on time and on budget but the major successes in the overall management of the airport gives me the greatest pride. To be recognized by the industry and to hold an accreditation that few have in this hemisphere is truly an honor and speaks to the commitment by our airport stakeholders to run a safe and efficient airport.”

Walkine continued: “What we have built here, through a collaborative effort, is an airport that I believe Bahamians are proud of.  We’ve invested in the systems to improve the overall function and continue to work towards improving customer service and making LPIA an airport that is not only a point of travel and connection but how people connect with this Bahamian sense of place we have created.”